How to root kratom cuttings – Another Growers guide 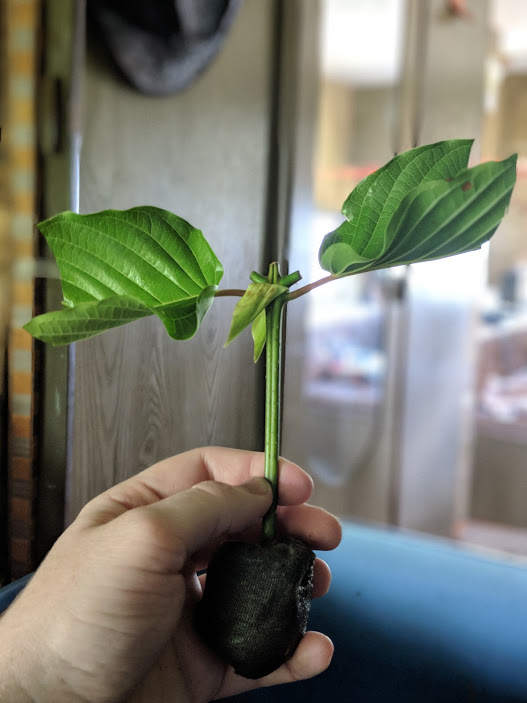 How to root kratom cuttings – Another Growers guide

A guide from another customer

One of our customers  did a walk through on how to root kratom cuttings we recommend you check it out.

This is a series of pictures I took in which i received 90+ unrooted cuttings and 3 rooted cuttings. I basically knew nothing about plant care before getting in to this, i tried to read a lot and find as much info as i could as I went along. First, I show the three pre-rooted cuttings. I remove most of the rockwool to expose the roots and transfer to a potting mix, perlite, and dried horse poo soil mixture. One of the rooted cuttings died from mold on the roots, as i did not pasteurize/sterilize my horse poo soil component. The next series of pictures shows the process of trimming, scraping, and adding hormone powder to the cuttings. I would find later that scraping was probably detrimental. Another factor that was detrimental was insufficient humidity dome structure. I was overloaded by this many cuttings and struggled for a few days to get the right containers. I left the rockwool cubes alone and just tried to spray them with water. I found out later it is important to soak them in pH appropriate water. Some opt to include fertilizer. I think the high pH of the rockwool, and not realizing how basic my water source was, contributed to failure. Later on, I added small amounts of vinegar to my water for everything. Misting, watering, etc. pH 5.5-6.5, but I didn’t measure except with pH strips occasionally. My tap water is approx. 7.1-7.4. I discovered later that a more effective method with rockwool cubes is to set them on top of at least 2 inches of perlite. It helps to soak up water and retain moisture. Even burying them 50-75% can help, but make sure there is a drainage layer. The last pictures show the successful cuttings, their roots, rockwool separation, and perlite roots. The ones that didn’t root were cut down to the node, repowered with hormone, then placed in ~4in of perlite. It is important to have perlite deep enough to prevent the cutting end from soaking. I used miracle grow perlite. the successful cuttings reached to the bottom where there was water full of fertilizer from draining the perlite, and the newest growth and roots partially turned red. Someone on reddit said this was genetic, but I think it is some type of excess fertilizer symptom. Phosphorus, maybe. While i think the fertilizer enhanced rooting, plain perlite would probably be fine. I also think 25-50% coconut coir with perlite would be an effective rooting medium. My first three cuttings were in peat pods. I added some perlite in the middle of the pod because i saw a picture of some gnarly roots in a perlite cup. I sat the cutting and pod on perlite and put it in a plastic shoebox inverted on another one. All three cuttings rooted. They had plenty of canopy space with no crowding, and i kept the light on for 24hrs for about 3 days. I think maximum light helps cuttings root. Enjoy the pictures, message me for more info or just to talk! More will come later when the rest of them root.