Effects of Kratom and Phenibut Combinations

Phenibut and Kratom combination is what you need today to forget all your worries and work efficiently. But of course, with every good comes something bad. We ask you to be cautious when it comes to regular consumption and amount of drug consumed. Have a look at these wonder drugs!

Phenibut, chemically known as β-Phenyl-γ-aminobutyric acid is a drug that resembles a particular chemical in the human brain which is known as gamma-aminobutyric acid or GABA for short. This medication was first discovered in the Soviet Union during the 1960s.

Phenibut is used for various mental and emotional maladies. Most commonly it used as an anxiolytic drug. It also helps in improving sleep pattern, countering fear and stress. It is also utilized in the treatment regimen of alcoholism, stuttering, asthenia and vestibular disorders. It is more of a nutritional supplement, but it is not approved in the United States. However, in Russia, it is used as a psychotropic.

It is a central nervous system depressant and readily crosses blood-brain barrier due to the phenyl ring present in it. It also acts as an antagonist/blocker at of α2δ subunit-containing voltage-gated calcium channels. 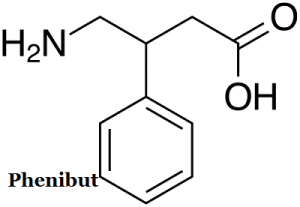 How do Phenibut works?

It is interesting that many users give reviews that Phenibut helped them deal with anxiety and fear issues, but this drug, as Kratom has not been studied in detail. We do not have any academic papers written on this medication, however since it is similar to GABA, it acts on the GABA receptors in the brain. It is an agonist of the GABA receptor, and at higher doses, it also has an affinity for GABAA receptors.

According to Shulgina (1986) and Allikmets and Ryage (1983), Phenibut attaches to GABAA receptors eliciting responses like benzodiazepines and barbiturates. However, Lapin (2001) states otherwise.

It has nootropic effects, eliciting a tranquilizing effect, reduction in fear and anxiety, improvement in sleep pattern and enhancement of effects of narcotics and neuroleptics as well as Kratom. Anecdotal evidence suggests that Phenibut can induce euphoria by increasing the levels of dopamine in the striatum.

Why do people take Phenibut?

At higher does, you will sleep like a baby

According to users, when you take Phenibut at as high doses as 1000-2000 milligrams just an hour before sleeping, you will have a very peaceful sleep. Phenibut reduces the sleep induction time and increases the slow waves sleep period by reducing rapid eye movement sleep period. You will not experience a dream, tossing or turning around. You go into a state of deep sleep where disturbances like phone calls; door bells etc. won’t affect you. When you wake up, you feel rested and refreshed.

You will be more sexually aroused

An unexplained effect many users state they become more sensitized, and they have better orgasms. They are more aware of their body parts and the sense of touch after they take Phenibut. Thus their sexual experiences are more of fun!

Taking Phenibut will give you a sense of calmness that you have never experienced before. You will feel moderate to a drastic reduction in social or general anxiety disorders. You will prefer socializing and interacting with people. You will observe a sense of confidence while talking to people and doing day to day tasks.

Phenibut enhances the feeling of well-being, and you can even achieve euphoria by consuming a moderate dose of Phenibut. You will also feel an increase in alertness and improvement in cognitive processes. It also helps you retain memory and enhances your motivation.

Kratom and Phenibut have certain similarities regarding the physical effects the two drugs produce, but the cognitive effects vary from person to person. If you combine Phenibut with Kratom, you will potentiate the effects of Kratom, and thus the effects will last longer. So when you are taking Phenibut and Kratom combination, bear in mind that you will have increased pain threshold, more sedating effects, and no anxiety.

Phenibut’s longevity and Kratom’s euphoria is something that people desire. Phenibut help extends the effects of Kratom. It energizes you when used in combination with Kratom; it makes you feel more active and optimistic.

Effects that you feel after Kratom Consumption

Effects that you feel after Phenibut Consumption

High doses of Phenibut mean a dose above 2500mg. At this dose, you will experience extreme sedation, and you will go to a coma-like sleep.  Same is the case with Kratom. High doses of Kratom means between the ranges of 4.5-8 grams. If you consume such high doses, you will get sedated, and you might experience nausea and vomiting. It is however recommended to avoid such high doses as it leads to quick tolerance.

Small doses of Phenibut come in the category of 500mg and below. It is very likely that initially this amount will work for you and you will euphoric, but with more usage, you will find that you don’t experience anything at such small doses. Low dose for Kratom is 1-2grams. It acts as an analgesic at this dose and causes mild euphoria.

According to users on different drugs forum and Reddit, combining Maeng Dan ad Phenibut takes you to the next level. The optimal dosage to get the desired effects is somewhere between 1-1.5grams for Phenibut and 5-7.5grams for Maeng Da. Taking the combination on an empty stomach will result in effects within an hour. The results are totally amazing, and it makes you high.

The effects that you are likely to experience due to Maeng Da includes that you will get highly energetic. You will feel a sense of euphoria, and you will be more mentally alert and focused. It boosts mood and causes analgesia. Phenibut will soothe you and calm your agitated nerves. It will cause relaxation of the muscles. It will help you socialize better.

Red strains of Kratom are supposedly more sedating and relieving pain. Red Kratom and Phenibut combination will result in soothing effects as well as reduction of anxiety and stress.

Red kratom in a dosage of 6-7 grams and Phenibut in a dose of 1gram, will act as anxiolytic and give you a sense of calmness and well-being. Red Kratom tends to potentiate the effects of Phenibut thus combating general anxiety disorders, post-traumatic stress disorders, etc.

Phenibut and Kratom combination side effects

When you are taking Kratom and Phenibut combination, bear in mind you are dealing with two drugs that have consequences leading to dependence and tolerance. So if Phenibut acts by potentiating Kratom, it also elevates the risk of tolerance and dependence on Kratom.

Moreover, Phenibut itself cause dependence and severe withdrawal symptoms. Therefore, it is suggested that when taking the two drugs in combination, do not use Phenibut daily. 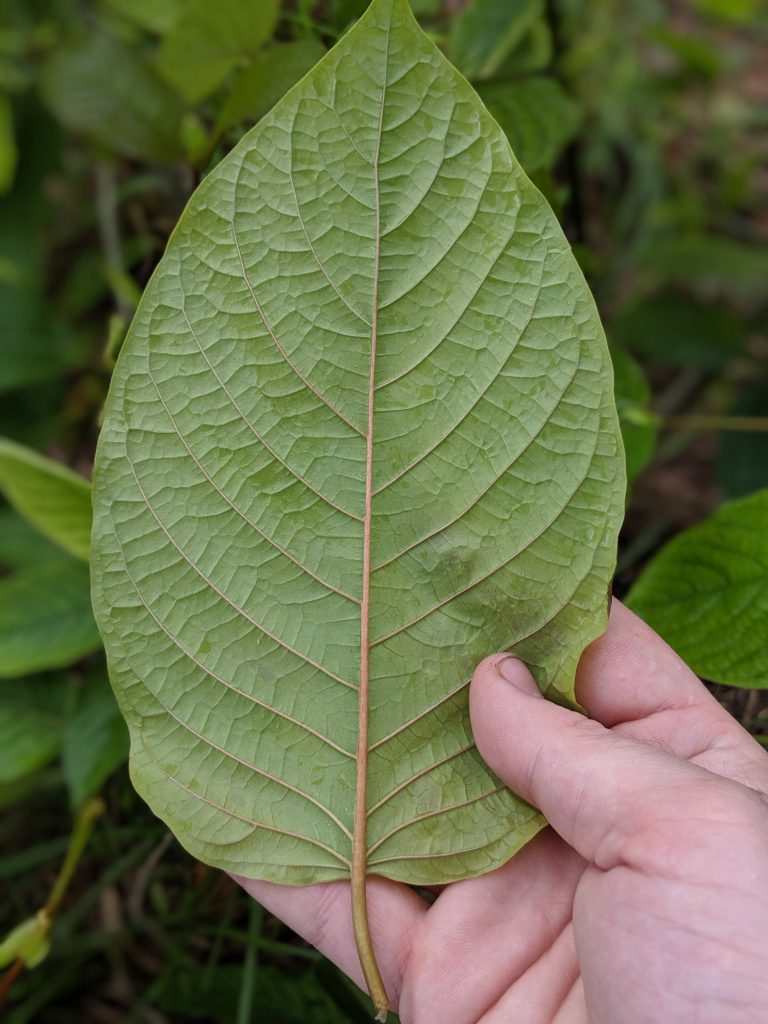 Just like Kratom, with Phenibut you will not experience a hangover. Instead, you will experience the Phenibut ‘afterglow.’

Some users reported that with continuous use of Phenibut they experience slight numbness and limb pain after hours of sleep while others reported a loss of libido and erectile dysfunction.

According to Reddit users, they also felt side effects like grogginess following the continuous use of Phenibut with Kratom. They also complained of constipation, blurred vision with less ability to focus. Users also claimed that they suffered from rebound insomnia or sleep problems after stopping the regular use of this combination.

Some users reported severe side effects like memory retention problems, severe dizziness, nausea and vomiting and development of psychosis and delusional state.

The Kratom and Phenibut combination are potentially addictive, and it is very powerful. It could lead to replacement addiction if you are using this combination for opiate withdrawal. You need to be extra careful with dosing as higher doses can result in unpleasant effects. Use these drugs responsibly and appropriately educate yourself about both drugs before consuming them. Do not overdose yourself and abstain from using Phenibut regularly as you can get addicted to it and it also produce tolerance.